Recognizing Cocaine Addiction in a Loved One

It can be hard to admit a loved one is addicted to cocaine, let alone taking the steps to get him or her needed help. Unfortunately, the longer you try to look past potential signs the worse the addiction becomes. Cocaine addictions, in particular, can quickly destroy a person’s health and well-being leaving a shell of a life in its wake. 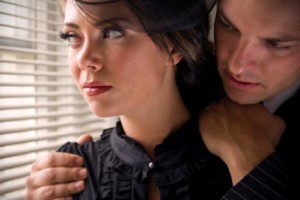 If your loved one is displaying the signs of addiction you can help them get treatment today.

Addiction, in and of itself, carries its own set of characteristics in terms of how a person’s lifestyle changes. With cocaine addictions, drastic changes in appearance and behavior start to develop. While loved ones may not think or believe they have a problem, the signs will become no less apparent over time.

While the terms “dependence” and “addiction” are often used interchangeably, there’s actually an important distinction to make between the two, according to Columbia Health. With cocaine dependence, dependence sets in once the body becomes unable to function normally without the drug’s effects. At this point, withdrawal symptoms, such as fatigue, irritability, anxiety and oftentimes anger have become unbearable. A person will continue to use in order to gain relief from withdrawal effects.

With cocaine addiction, users reach a point where they feel they can’t make it through the day, as in working a job or running a household, without the drug’s effect. This means a person can be physically dependent on cocaine without being addicted and vice versa. Ultimately, once a person starts to believe he or she needs the drug in order to function addiction has taken hold.

While a person can be physically dependent without being addicted, continued cocaine use will eventually turn into an addiction. Cocaine’s damaging effects on brain chemical processes continue to worsen with ongoing use. Without needed treatment help, a person’s life will continue to spin out of control.

Cocaine acts as a central nervous system stimulant that speeds up vital bodily processes, such as –

When the drug’s effects wear off, central nervous system functions struggle to resume normal functions, which accounts for the drug’s withdrawal effects.

Over time, users enter into a “binge and crash” pattern where they’ll need to repeatedly ingest large amounts of cocaine to experience the desired drug effects. Afterwards, users will experience complete and utter exhaustion, and in some cases sleep for unusually long periods of time. Once a person starts binging and crashing, he or she has become addicted to the drug.

The psychological effects of addiction become increasingly apparent within a person’s day-to-day behaviors. As brain chemical levels go further and further out of balance, an addicted loved one starts to behave in unusual ways.

With continued use, behavior displays become progressively worse, which in effect mirrors the brain’s deteriorated condition.

Being able to recognize cocaine addiction signs is the first step towards getting a loved one the help he or she needs. Considering the devastating effects cocaine can have on the body and mind, the sooner an addicted loved one gets help the better.