Cocaine addiction is a very prominent problem throughout the United States. Millions of people abuse the drug every single day and of those, many will become addicted. These cocaine addiction statistics are not only alarming, they say a lot about what the world has come to and what we are dealing with in terms of cocaine use among both teens and adults. 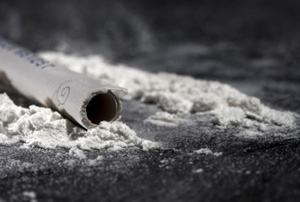 Cocaine is a highly addictive stimulant.

Although cocaine is not as predominantly used throughout the United States as it was prior to the war on drugs, there are still significant levels of cocaine abuse on the streets contributing to a number of problems associated with increased crime, disease, health conditions, financial burdens and similar conditions. Unfortunately, anyone who chooses to abuse cocaine is at serious risk of having an array of consequences to deal with later on.

Recent studies show that more and more people are abusing cocaine despite the known consequences that can arise. Cocaine addiction can lead to nightmares, violent outbursts, psychosis and an array of potentially hazardous health complications. When the drug is injected, the risk of hepatitis, HIV or AIDS are all increased substantially. Smoking cocaine leads to lung disease, COPD, overdose and potential psychosis that may not ever go away.

While other drugs like methamphetamine and prescription drugs have continued to rise on the streets, so too has the use of cocaine. Although the numbers are not as substantially high as they were 15 years ago, there are still an alarming number of people on the streets who somehow believe that it’s safe or otherwise ok to abuse cocaine. Many mistakenly believe that the drug is not addictive and that there’s nothing to worry about.

Cocaine is a highly potent, highly addictive substance that should not be downplayed just because it’s “natural” or because it’s been around for so long. This drug has extreme potential for abuse, will lead to addiction and can cause death!

1.  2 Percent of Eighth graders report having used cocaine in their lifetime.

This number rises substantially as children reach high school graders. Studies have found that nearly 5% of twelfth graders have reportedly used cocaine in their lifetime and 2.7% have in the past year.

2.  More than 1 percent of Eighth graders report having used cocaine in the past year.

Fortunately, the number of children using crack cocaine does not rise as substantially as that reported for the use of cocaine in the powder form. An estimated 2.1 percent of twelfth graders report having used crack cocaine in their lifetime and 1% in the past year.

3.  1 Percent of Eighth graders have used crack cocaine in their lifetime.

The use of crack cocaine amongst teens is not as prevalent as the use of powder cocaine but this doesn’t make any of these cocaine addiction statistics any less alarming or particularly safe for children in any way.

4.  Reported cocaine abuse amongst teens was highest in 1999 when an estimated 9.5 percent of teens from grades 9 to 12 had reportedly abused cocaine at least once in their lifetime.

Most recent statistics on cocaine abuse amongst teens report an estimated 6% of teens from ninth to twelfth grade having used some form of cocaine, powder or crack, at least once in their lifetime.

5.  At one time, in 1992, an estimated 66% of all substance abuse treatment admissions were for people who needed help overcoming cocaine addiction.

6.  Cocaine is the second most frequently smoked substance that results in the need for addiction treatment.

Methamphetamine is quickly gaining ground as one of the more dominant drugs on the market but crack cocaine continues to be widely to blame for millions of treatment admissions each year costing society a fortune.

7.  Crack cocaine use among women is much higher than among men.

Studies estimated that from 1992-2007 that 60% of treatment admissions related to smoking substances were for men smoking crack cocaine, for women this number was an estimated 76%. Although cocaine use has declined a little bit in the past 15 years, there are still thousands of people who suffer from cocaine addiction and need help.

8.  The average age of those in need of treatment for cocaine addiction is 25-34.

The number of people being admitted to treatment for cocaine addiction is relatively moderate for all races including blacks, whites, Hispanics, Asians, Pacific Islanders, and American Indians. It seems that no set culture or race is free from the perils of cocaine addiction.

10.  An estimated 16.5% of adults age 26 or older have reportedly tried cocaine at least once in their lifetime.

An estimated 4.2% of those 26 or older have tried crack cocaine. The majority of those who try the drug will suffer from at least some type of consequence, may become physically dependent and are likely to require treatment.