Signs and Symptoms of Cocaine Dependence

Understanding how cocaine works in our bodies will help us to better understand why and how it is so easy to become dependent upon this highly addictive drug. Cocaine works in our brains by blocking the removal of dopamine (a naturally occurring “feel-good neurotransmitter) from the synapse and this results in an abundance of accumulated dopamine giving the user a feeling of euphoria.

There are different ways to use cocaine and the results vary a bit between them. Below is a list of the methods users employ to become high on cocaine.

Methods of cocaine use: in order by speed of results

Some “pleasurable” but short-term effects of cocaine use include:

As a user experiments and continues to use, they become an abuser that is dependent upon cocaine very rapidly because of how easily control is lost. The more they use, the more it takes to achieve the same euphoric results. Building up a tolerance usually results in a quick trip downhill into dependency, addiction, and further severe consequences that walk hand in hand with cocaine abuse. 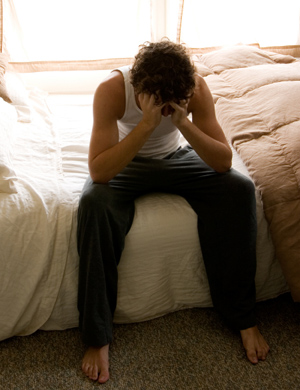 If you frequently experience drug cravings and feel anxious without cocaine you may be dependent.

Not only will dependency upon cocaine change the abuser’s life, it may very well take it away all together. There are physical debts paid when an abuser indulges their dependency. Cocaine will wreak havoc and punish your body.

Cocaine’s effects are dangerously seductive and cunning. It is for that very reason that addiction to and dependency upon cocaine are so startlingly common in the U.S. today. NIDA states that a survey done in 2008 counted 1.9 million current cocaine users.

Cocaine addiction and dependency continue to afflict millions in our country. Dependency upon cocaine is almost a given when I drug this highly addictive is abused. Recognizing the signs and symptoms of a Cocaine Dependency is a first step toward getting help.