This Too shall Pass 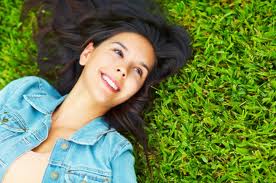 Trying to stay active can help you cope with withdrawal from cocaine.

The first thing to understand when in the middle of cocaine withdrawal is that generally, the most severe withdrawal symptoms only last about 24 hours. You may feel an intense craving to use cocaine again. It might seem that there is no rationalizing to your brain that you do not need the drug anymore. These thoughts can be overwhelming. Your mind might race with ideas of how easily you could obtain the drug and how much better you will feel if you just use a little more. You might start to think that you don’t really have a problem with cocaine and that you are in control of your cocaine use. This is probably the first indicator that you have a problem with cocaine.

Think about it. You are trying to rid your body of a drug to get healthy and your brain keeps trying to tell you that you don’t have a problem, and that you will be fine if you use cocaine again. The key is to preparing yourself for the cravings You must be strong enough to get through the first day. After the initial phase of withdrawal symptoms pass, some will have a secondary phase of withdrawal symptoms often referred to as PAWS but this usually occurs in those who’s addictions have far surpassed recreational use.

Surround Yourself with Positive Energy

One of the most intense withdrawal symptoms that people report is depression. Cocaine is a powerful stimulant that gives users a false bravado, boost in confidence and overall euphoric feeling that can be hard to top without the use of drugs. To help prevent spiraling into depression during your detox, surround yourself with family or friends that can help you to stay positive. It is very important that choose someone that will is not suffering from cocaine addiction or any other addiction unless they have already been through recovery themselves and are in a good state. Then you need to remember what you used to do that brought you happiness before you became addicted to cocaine. Gather up all your favorite comedy movies and plan a marathon movie night or plan to catch up on your favorite TV show series. Basically, you need to find your happy place. This will help get you through the dark feelings that are swirling around in your head.

You hear people say all the time, “I’m going for a run to clear my head”. When we exercise our bodies it causes a release of seratonin in the brain that causes similar euphoric feelings that drugs can cause. It’s recommended as a treatment for depression even in those who do not suffer an addiction. More studies are are showing that excercise accomplishes two things; it naturally increases levels of the feel good chemicals seratonin and beta-endorphins; it allows you to clear your mind because you are too busy thinking about what you are physically doing. If you’re busy thinking about ten more push-ups, or running just one more block, you won’t have time to think about the discomfort you might be feeling.

Facing addiction on your own can be very difficult. It is recommended that you talk to your doctor or seek help from a professional drug treatment center that offers counseling services. For some the addiction might be so far progressed that inpatient treatment is advised. According to NIDA, “Community based recovery groups such as Cocaine Anonymous that use a 12-step program, can also be helpful to people trying to sustain abstinence”.