A person who abuses cocaine is someone who takes it nonmedically for the high it causes. Cocaine, a Schedule II drug, is not used very often for medicinal reasons, as “better products have been developed” for the purposes for which it was once used (DOJ). This means that most people who use cocaine can be considered cocaine abusers.

According to CESAR, for those who abuse cocaine, “the immediate, intense cocaine high lasts about 15 to 30 minutes when snorting.” Other effects can last for “1 to 2 hours” after the person takes the drug. These effects are:

Someone who is high on cocaine will also become very euphoric. He or she will likely experience restlessness and insomnia as doing large amounts of cocaine or binging on cocaine over several hours will make a person very awake and alert. Sometimes, this is called hyperstimulation. Paranoia and anxiety may also occur in the short term. 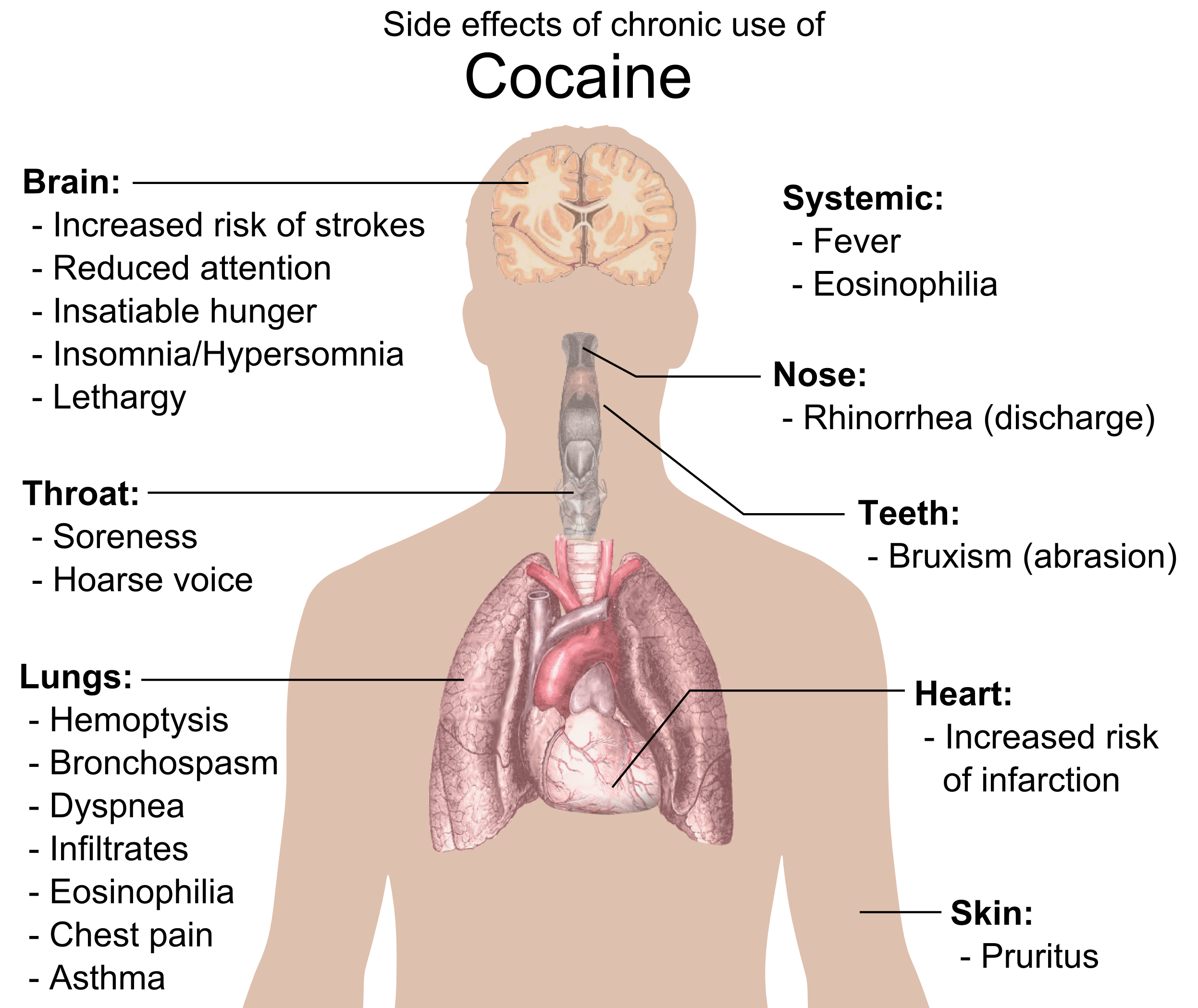 Cocaine can have a very negative effect on the health of users.

Cocaine also has long term effects on the body and brain. The longer people abuse cocaine, the more likely they are to experience:

Addiction, tolerance, and dependence on cocaine are all likely effects of long term cocaine abuse. Cocaine abuse can also cause other issues, as “you are also at risk for HIV/AIDS and hepatitis, form sharing needles or having unsafe sex,” according to the NLM. In addition, those who abuse cocaine are likely to become polydrug abusers, or individuals who abuse more than one drug at a time.

Other long term effects of cocaine use are:

Are the Effects of Cocaine Worth the High?

Cocaine abuse not only affects your body and mind, it affects your life and the lives of those around you. A cocaine habit can become expensive the longer you abuse the drug because your tolerance for it will cause you to need more and more of it. Friends and family members may sever ties based on your actions, and heavy cocaine abusers may find themselves slacking off at work or missing it altogether to the point of getting fired.

As stated before, snorting cocaine makes the effects of the drug last for about 15 to 30 minutes. But the effects of your abuse last much longer. Some health effects can last for days or weeks while cravings can sometimes last months or years, even after you have stopped abusing the drug. Problems with relationships and work may take a long time to become resolved, and sometimes, cocaine abuse affects a person in a permanent way, leading to overdose and death.

While cocaine can make a person feel euphoric, alert, and excited during that small window, the effects of abusing the drug can last much longer.