Crack is a type of cocaine that has been processed into a rock-like form which is then smoked. Those who abuse crack for a long time may become dependent on it. Someone who is dependent on crack may experience withdrawal when unable to obtain more of the drug. Here are the symptoms of crack withdrawal.

How is Crack Different from Cocaine?

According to CESAR, “cocaine is a highly addictive substance, and crack cocaine is substantially more addicting, as the drug is far more potent and is smoked.” A person who smokes crack has an even higher likelihood of becoming addicted to and dependent on the drug than someone who snorts cocaine. Both forms of abusing the drug are dangerous, and people often do not realize what they are risking when doing cocaine or smoking crack.

It is true that “smoking a substance allows it to reach the brain more quickly than other routes of administration.” Because the drug’s high is short-lived (lasting about 15 minutes or so), the person who abuses crack will smoke more and more of the drug in order to draw out the high. This can lead to extreme withdrawal when the person is suddenly unable to obtain more of the drug. 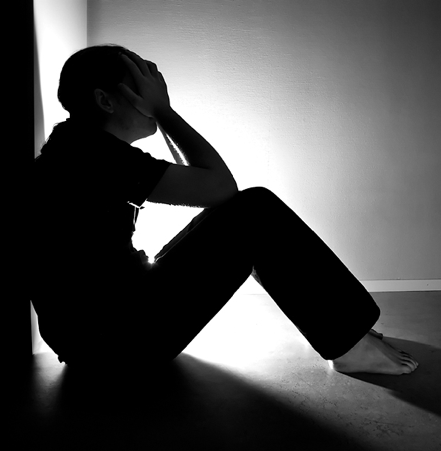 Fatigue, irritability and depression are all symptoms of withdrawal from crack.

According to the NLM, the primary symptoms of cocaine withdrawal can include:

As stated by the NLM, “the craving and depression can last for months following cessation of long-term heavy use (particularly daily).” This accurately describes the usage of the drug for many crack addicts, as the high is so short they will continue to smoke crack over and over and use it daily.

While the craving and depression can be very intense and last for a long time, crack users can also even experience psychosis as a result of crack withdrawal (CESAR). They may become paranoid and experience something called coke bugs, which is a “tactile hallucination after using cocaine that creates the illusion of bugs burrowing under the skin.” Some crack addicts who are experiencing withdrawal need 24-hour care and a controlled environment in which to work through their symptoms. Many will need to be sedated during the portion of withdrawal that mirrors psychosis.

CESAR states, “Users will often keep using crack cocaine simply to avoid the negative effects of the withdrawal.” This shows exactly how problematic and terrifying crack withdrawal can be for a user. Many times, these users do not even feel strong effects from the drug anymore due to tolerance, but they keep taking it to avoid withdrawal.

Withdrawal from crack can sometimes lead to suicidal thoughts, as the depression can linger. A person who is in danger of this should be monitored carefully. The cravings which occur during crack withdrawal can also last for months and years, making them the most potent and long-lasting cravings of almost any other drug. Though many symptoms caused by crack withdrawal are psychological, harmful effects can come from these symptoms.