Psychological Effects of Cocaine Use

Cocaine is a highly addictive drug, with many people turning to long term abuse after one use. Once addiction sets in, it can be difficult for a person to take back control of their life. Instead, they will crave the drug, day in and day out, doing whatever they can to experience the high they have come to enjoy.

There are many psychological effects of cocaine use, all of which need to be taken seriously.

The most powerful effect is cravings. Anybody who becomes addicted to the drug will crave more, which is what makes the withdrawal and recovery process so challenging.

Note: there is no “safe” amount of cocaine. Everybody reacts in a different way, and even a small amount of the drug can have a serious impact on the mind and body. 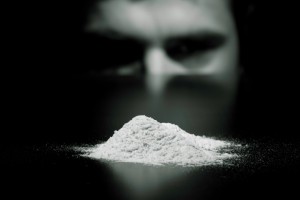 Effects of cocaine use include anxiety and depression.

If a person gets involved with regular cocaine use and dependence develops, it will take over his or her life. At this point, the psychological effects of use move to the forefront. Some of these include:

As these effects become more and more serious, the person will find that their life is spiraling out of control. For example, their depression and mood swings can have a negative impact on personal relationships. Along with this, the difficulty concentrating can make it a challenge to perform at school or work.

From a medical point of view, cocaine withdrawal does not typically have the ability to kill a person. That being said, the drug has such a negative impact on the brain that some people may have suicidal thoughts.

How Long do Withdrawal Symptoms Last?

Every time a person takes cocaine they will be faced with psychological changes. If they attempt to quit, withdrawal symptoms will present a challenge.

Most symptoms subside within a couple of weeks, however, some people complain that cravings can last for a year or longer.

The nasty psychological side effects of cocaine use can turn a person’s life upside down. When somebody is faced with the uphill battle of becoming sober once again, they may be best off turning to a rehab facility. This ensures that they have the help they need to deal with any psychological and physical symptoms that are present.

The psychological effects of cocaine use should be taken seriously as these can have a negative impact on many parts of the person’s life.