When a person attempts to quit cocaine or cut back on use, he or she will typically experience withdrawal symptoms. Whether or not this occurs, as well as how severe the symptoms may be, depends on how long the person used the drug and in what quantity.

When a person stops using cocaine or comes to the end of a binge, it is common for them to crash. At this time, intense cravings, as well as other physical and psychological side effects, begin to set it.

During a crash, some of the symptoms to expect include: fatigue, mood swings, irritability, anxiety, and sleepiness.

Are there Visible Physical Symptoms?

Even though a person withdrawing from cocaine may feel different inside, it is not guaranteed that there will be any visible physical symptoms, such as is the case with alcohol or heroin.

Some of the primary symptoms of cocaine withdrawal include:

Note: in the most extreme cases, cocaine withdrawal can be accompanied by thoughts of suicide 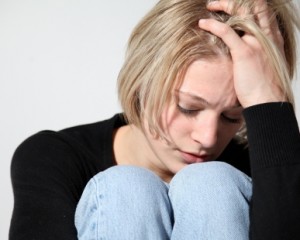 Signs of cocaine withdrawal include depression and anxiety.

In the event that a person abused cocaine heavily for an extended period of time, it is possible for withdrawal symptoms to last for many months.

During withdrawal, when a person is not using the drug, they may begin to crave the feeling of being “high.” It is important to fight against the urge to abuse the drug once again, as this is the only way to truly realize the goal of becoming 100 percent sober.

With so many serious symptoms and side effects, many people who attempt to withdrawal from cocaine on their own are unsuccessful. Instead of staying on course and realizing that they will be faced with challenges, they give in to the cravings and once again start taking the drug.

There are rehab facilities that provide professional treatment for cocaine addiction. At these facilities, the person will go through detoxification under the watchful eye of a qualified medical team. This will not necessarily make it any easier to deal with the symptoms and cravings, but it can help to be in a structured environment in which there are people who are looking out for your best interests.

The symptoms of cocaine withdrawal can be serious. While these are not the same in every person attempting to stop using the drug, those listed above are common and often times set in shortly after last use.