Understanding the Dangers of Cocaine Effects

Cocaine-everyone has heard of it. In fact, nearly one in four adults have used cocaine at some time in their lives. Cocaine is the second most illegally trafficked drug in the world. Cocaine use is an epidemic; it can be snorted, smoked, injected or ingested. It comes in the form of a white powder and is sometimes mixed with other ingredients like baking soda and ammonia to make crack cocaine, a less expensive and highly potent version of this already powerful stimulant.

Cocaine has an almost immediate effect depending on how it is ingested and usually only takes seconds to kick in. At first, the user may feel nausea or stomach cramping with diarrhea. That fades quickly as the user starts to feel a sudden burst of euphoria and a boost in energy. It makes them feel awake and “up” and seems to initially raise confidence and heighten senses that bring an overall rush of good sensations. People sometimes even use cocaine to help them lose weight because it suppresses the appetite. Cocaine is not a safe way to lose weight and is very dangerous!

When cocaine is smoked or freebased the effects happen almost instantaneously as the drugs bypass the bloodstream and go directly to the brain through nasal tissue. However, the effects wear off more quickly, leaving the user craving more as they start to crash or come down from the high. To achieve the same level euphoria they had initially, they must smoke more cocaine, as a tolerance builds quickly. People report being helplessly addicted to cocaine after the very first hit. 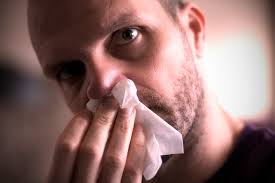 Cocaine can cause serious health problems.

When cocaine is used for a long time and a tolerance or dependence develops it can have disturbing long term effects. Cocaine works by effecting the levels of dopamine in the brain. After a while, the brain doesn’t create enough of it’s own natural dopamine, leaving the user very depressed. This is extremely dangerous because it leads to binging on cocaine, or even worse, mixing cocaine with other drugs like heroin to increase its effects.

It has deadly physical effects too, causing respiratory, kidney and liver damage. It increases the heart rate so chances of cardiac arrest are also a factor. Addicted cocaine users eat less because cocaine suppresses hunger. This makes them vulnerable to skin irritations and even tooth loss because of the lack of nutrition. The physical transformation in someone addicted to cocaine for even one year is disturbing. They might have hair loss, tooth loss and sores or lesions on the face and around the mouth that won’t heal. Drastic weight loss, leaving just a shadow of the person you might feel you don’t even recognize anymore.

Cocaine psychosis is a frightening effect of cocaine use. It causes extreme paranoia and psychotic delusions. According to NIDA, “With increasing dosages or frequency of use, the risk of adverse psychological or physiological effects increases”.

It produces similar effects as paranoid schizophrenia. Anyone who has ever experienced cocaine psychosis compares it to a complete mental break with reality, including auditory and visual hallucinations. They may be aggressive and violent, seeming to fight an invisible assailant. They can be extremely dangerous to themselves and others during this time. Most recover from cocaine psychosis, but in some cases the effects are irreversible.