According to the NIDA, “Cocaine’s effects appear almost immediately after a single dose and disappear within a few minutes or within an hour.” Because cocaine is a stimulant, its effects are stimulating to the mind and body; it speeds things up and makes individuals more alert and energetic. The short-term effects of cocaine, however, can be dangerous just like its long-term effects.

Cocaine actually has many physical short-term effects and can cause many problems in the body. A person will want to move faster, be more energized, and alert, but they will also experience unhealthy effects to their bodies. According to CESAR, some of these effects are:

Many of these effects can be dangerous to the individual, especially if they take too much. Over time, the decrease in appetite can cause severe weight loss and malnutrition, which is how many seemingly harmless short-term effects can lead to devastating long-term effects.

Cocaine will make a person behave erratically and often dangerously. While the drug does deliver the euphoria and energy that many individuals abuse it for, the behavior that it causes can also be problematic. Some of the behavioral short-term effects of cocaine are: 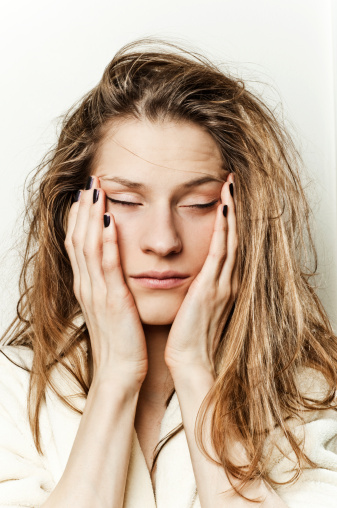 Cocaine use can lead to anxiety and panic.

It is common for the euphoric high to turn into a more intense paranoia or hostility, especially if the individual has taken a lot of the drug or continues to take it in a binge fashion. Vertigo is also a common short-term side effect of cocaine. When someone is abusing the drug, they will likely feel good at first and then deal with some sort of negative psychological effect afterward.

If someone overdoses on cocaine, the effects, which can be caused in the short-term by one dose of the drug, can be problematic, devastating, or even deadly. A person who has planned to only abuse cocaine once is not safe from these effects, and often takes too much as a result of feeling like they are. Some of the effects of high doses of cocaine (which are likely in cocaine overdose) are:

According to the NIDA, “Cocaine-related deaths are often a result of cardiac arrest or seizures followed by respiratory arrest.” This can occur even the first time a person abuses the drug. Because of these possible overdose effects coupled with the dangerous behavior and common physical side effects it causes, cocaine can be just as dangerous the first time a person abuses it as it is for a chronic abuser.