Addiction in any form can be a debilitating condition, affecting a person’s health, state of mind and overall quality of life. This is especially the case for cocaine addictions. Cocaine’s long-term effects on the body and mind leave a person hopelessly dependent on the drug to feel any sense of normalcy. Meanwhile, their ability to function in everyday life diminishes over time.

Cocaine exerts its initial and worst effects in the brain. From there, the drug sends users on a downward spiral where body and mind functions grow progressively weaker. Over time, what used to be a person’s life becomes a world centered around getting and using more cocaine. 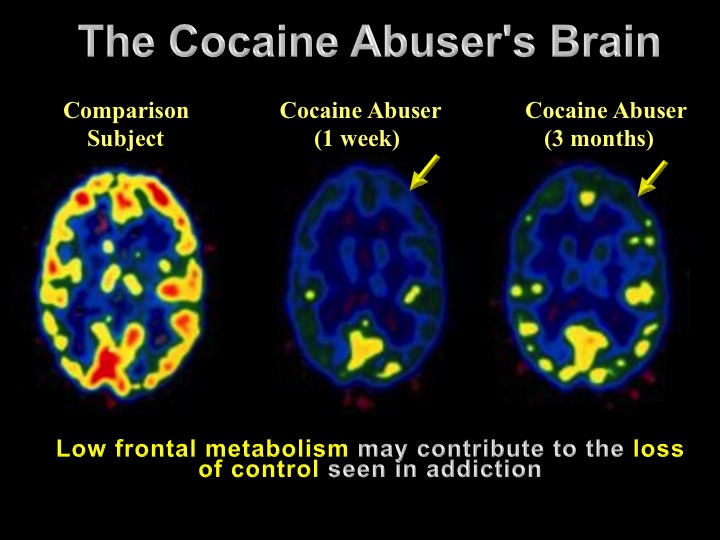 An addiction to cocaine causes changes in the brain.

Cocaine works by stimulating the body’s central nervous system functions, according to Macalester College. A cocaine “high” results from the effects of the drug on various processes throughout the body. When “high,” users typically experience –

Once the drug’s effects wear off, users experience the exact of opposite of what they were feeling –

These seesaw effects mirror what the body goes through in terms of cocaine’s stimulant effects versus the conditions the drug leaves behind. For many people, these aftereffects become so uncomfortable as to drive a person to ingest more cocaine. While another dose may offer temporary relief, each successive dose causes further damage to central nervous system functions.

With continued use, no amount of the drug will produce the same desired “high” effects. At this point, a person continues to use in order to feel normal, which only adds to the problem. By the time a person is using cocaine to make it through the day, cocaine’s effects have a strong hold over his or her life.

The brain also has a self-regulating system that compensates for excess chemical levels at any given time. Whenever dopamine levels exceed normal levels, the brain reduces the amount of dopamine it produces. These processes account for the “crash” users experience once the drug’s effects wear off. In effect, dopamine levels bottom-out, sending central nervous system functions into disarray.

As the brain becomes more and more dependent on cocaine’s effects, a person’s motivations and behaviors start to revolve around getting and using cocaine. Much like the addiction itself, the cocaine addiction lifestyle develops gradually. Over time, a person will –

In effect, cocaine addiction grows progressively worse over time unless a person receives needed treatment help. When left untreated, the risk of developing brain damage and even death increases exponentially every time a person uses.