Dangers of Cocaine Use

Cocaine use has many dangerous effects. It is very important to know and understand the dangers of cocaine use, especially if someone you know is abusing the drug.

Why is Cocaine Dangerous?

According to the NIDA, “cocaine is a powerfully addictive stimulant drug made from the leaves of the coca plant native to South America.” The fact that the drug is highly addictive is one of the most dangerous aspects of it. Someone may begin using cocaine as a recreational drug, snorting it at parties or clubs in order to be more alert and energized and to enjoy the high. However, those who do so often do not realize how addictive the substance actually is.

As stated by the NIDA, “In 2008, according to the NSDUH, nearly 1.4 million Americans met the Diagnostic and Statistical Manual of Mental Disorders criteria for dependence or abuse of cocaine (in any form) in the past 12 months.” At that time, 1.9 million Americans were current cocaine users. This statistic shows how many people can become addicted to cocaine after using the drug. While addiction can almost always sneak up on a person, cocaine addiction goes especially undetected as those who abuse it will become addicted very quickly without realizing it. 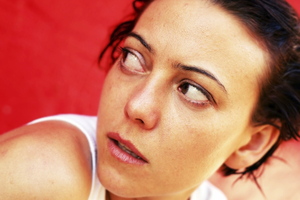 Cocaine can cause psychological problems on the long term.

There are many health risks associated with the use of cocaine. Someone who uses the drug chronically might experience, according to CESAR:

More data from “the 2008 Drug Abuse Warning Network (DAWN) report showed that cocaine was involved in 482,188 of the nearly 2 million visits to emergency departments for drug misuse or abuse” (NIDA 2). Shockingly, this means that 24 percent, or almost 1 in 4, of the the drug abuse related ED visits are attributed to cocaine.

The drug can cause many issues for a person’s health, often leading to stroke, heart attack, and death. Overdosing on cocaine is a very real possibility, even for first-time users who do not know how much of the drug to take. Those who abuse cocaine chronically are often in danger of overdosing as well; they build up a tolerance to its effects which makes them need more of the drug. Even those who go through rehabilitation and have not abused cocaine for months or years still have a possibility for overdose because of the intense cravings they have for the drug.

Cocaine use over time can even lead to “a full-blown psychosis, in which the individual loses touch with reality and experiences… hallucinations” (NIDA). This can be incredibly dangerous as those who lose touch with reality are likely to become hurt or hurt others as a result of their delusions.

Cocaine addiction can also lead to drug seeking behavior which can put individuals in dangerous situations when they attempt to get more of the drug. As they crave it so intensely, they will not care about their own safety and only about getting more cocaine.

Cocaine use is dangerous no matter what stage you are currently in. The longer you use it, the more issues you might encounter, but cocaine can kill even in the early stages of use.