Addiction is a continuing illness that typically progresses over time if not treated. Addiction takes over a person’s thinking process causing them to mainly focus on the thing they are addicted to. When a person is addicted to cocaine they will uncontrollably think about as well as seek out and abuse cocaine. 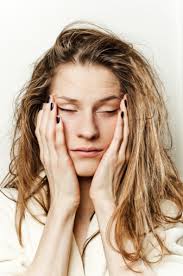 Cocaine addiction will leave you exhausted and depressed, and with damage to important internal organs.

Cocaine comes from the coca plant found in South America, and is typically sold in powder form or hardened and crystallized, which is known as crack cocaine. Crack cocaine is typically smoked whereas powder cocaine is typically snorted. Both ways release the drug to the brain quickly which increases a person’s serotonin levels causing them to feel more alert and happier, as well as more confident and more energized. However, the more a person continues to abuse cocaine the more their body will be in overdrive, which can lead to them having cardiac arrest, seizures, and permanent damage to their brain.

The Damaging Effects of Cocaine Addiction

According to the Foundation for a Drug-Free World, when a person uses crack cocaine, even if it is the first time, it increases their risk to have a heart attack, a stroke, respiratory failure, and seizures, which can result in fatality

Cocaine addiction, whether crack cocaine or powder cocaine, will result in a person constantly buying the drug and then using the drug. However, a person will need to keep increasing their dosage of drug if they continue to use the drug frequently due to their body becoming used to the drug. Their tolerance for the drug will require that the user takes more of the drug in order to feel the high from the drug that they want. This cycle will continue and it will cause a person to buy more and more of the drug, which can result in a person suffering from financial losses.

Cocaine addiction will affect a person physically, mentally and behaviorally. When a person is using cocaine their behavior will change due to their brain chemical’s becoming impaired from the drug. Most people feel more powerful and happier, but some people can feel they are invincible causing them to cause harm to themselves or to others.

In addition, cocaine can cause permanent organ damage to a person’s body, especially if they take too much of the drug over time, and can cause a person to have a difficult time feeling happy or being able to enjoy pleasures in life again without the drug in their system.